This project was done in a group of four for my User Interface Design and Evaluation class at Georgia Tech. Our goal was to better understand what is stopping potential students from enrolling in the Online Master of Computer Science (OMSCS) Program offered by Georgia Tech, and make design recommendations to appeal to these potential students.

First, I co-led a participatory design activity with two participants to delve into minorities and graduate school. Our participants were both women and racial minorities who had not been to grad school and had recently graduated undergrad with majors relating to computer science. We instructed the participants to make two collages-- the first one being where they see themselves now professionally, and the second one being where they see themselves in 5 years. We discussed these collages afterwards. Then, we gave them a large sheet of paper with a timeline drawn on, and premade stickers with various life and professional life events. They were instructed to place the stickers on the timeline, and then we discussed important events in their lives. Afterwards, I introduced the OMSCS Program briefly and asked the participants to write down everything they knew, or thought they might know, about the program. We then discussed the program and what they thought about it. Finally, the participants were told to design an ad for the program that would appeal to minorities, which we then talked about together. Throughout the activities, we asked questions to delve into what the participants thought about grad school and if they would like to go, then focusing on the online program more specifically. 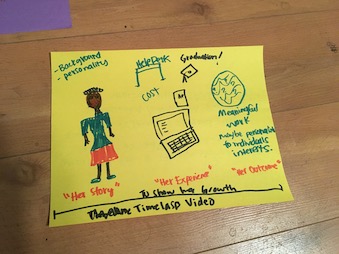 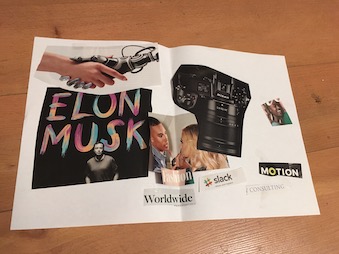 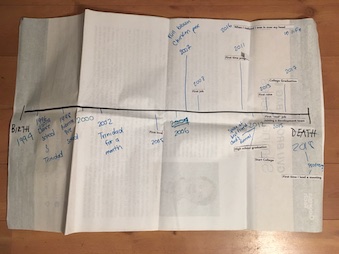 After the activity, we conducted one-on-one semi-structured interviews with four participants for about an hour and a half-- each group member interviewed one person. We asked questions about the participants' undergraduate experiences, and how valuable they felt their classes were for the workforce. We also asked them about their future plans and if they were considering graduate school. Finally, we questioned them about their interest in an online program, and how a program could be made more appealing. The interview ended with a walk-through on an online class website, Coursera, and we asked questions about the usability of the site.

After collecting data, it was time to analyze. We found that minority students especially felt that storytelling from students from non-traditional backgrounds in the online program would be valuable. They felt like it seemed hard to what exactly the program would be like for them, and the value it would give upon graduation. This leads to our next insight, that students wanted to know what value the program was going to give them in the long run-- for example, what kinds of jobs were students getting? How much money were they making on average? Our third insight was that people did not generally want to pursue higher education for more of the same classes they took in their undergrad. They wanted to specialize and needed a program that fit the area they wanted to work in-- for example Human Computer Interaction or Medical Imaging. Based on these key insights, we had three main design recommendations for the program. 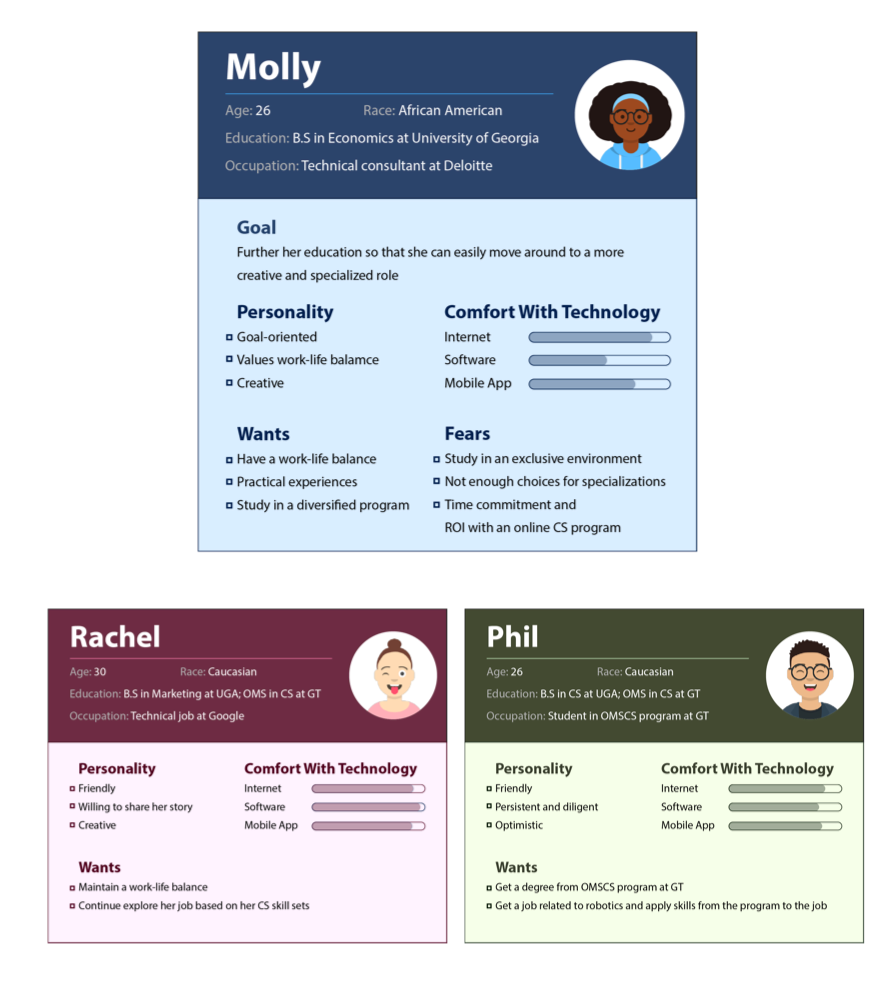 After developing these findings, we created a presentation to show our findings to the average person who does not have much experience with user research. We used our own findings, as well as interviews from others in our class, to create key personas we felt represented our data. We also created a storyboard to show a likely experience of someone considering the OMSCS program. The content for the personas and the storyboard was mostly developed by a partner and me, while the design was done by two other teammates. This research may be used in the future to improve the online degree, and was presented to a member of the group in charge of the program.